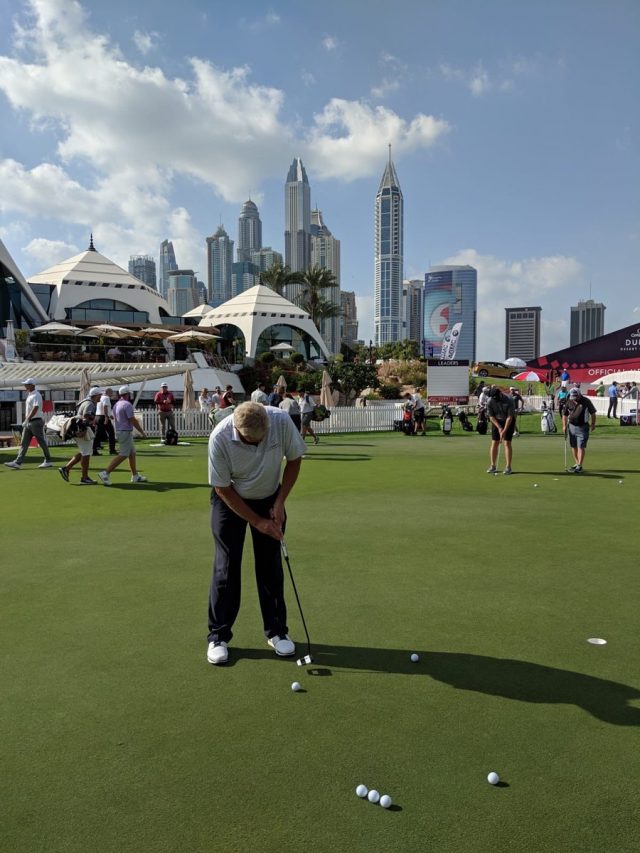 Eight-time European Tour Order of Merit winner Colin Montgomerie believes he “could win” this week’s Dubai Desert Classic, even at the age of 55.

A past winner of the event, the Scot’s last European Tour win was in 2007 and he now plays mainly on the senior Tour.

Montgomerie concedes golf has become a “power game” but says the course at the Emirates Golf Club suits him.

“If there was one or two courses in the European Tour that I could win on – this would be it,” he told BBC Sport.

“How many times do you come off a golf course and go ‘if only’? Well, if I can cut out the ‘if only’ bits and do everything right, there’s a chance.”

Major winners Ernie Els and Jose-Maria Olazabal will be Montgomerie’s playing partners when he tees off on Thursday seeking a 32nd European Tour title.

Many of the game’s top players are in the field and Montgomerie concedes most will drive the ball “30 or 40 yards” further than him.

“They’ve over-seeded this course and brought in all the rough, the greens are very small and that would favour my iron play.”