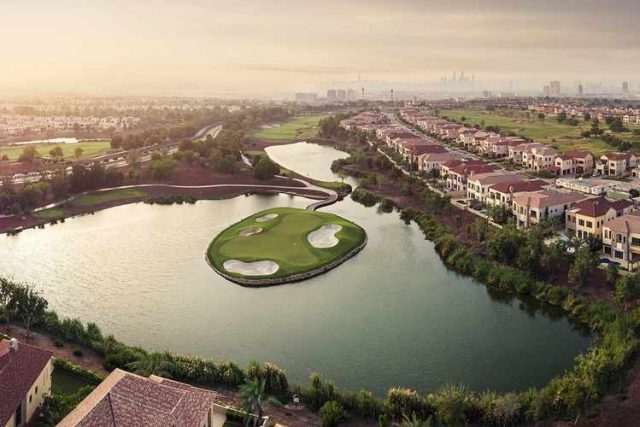 TOD is a planning strategy that aims to concentrate jobs, housing, and services around public transport stations, according to the World Bank.

“I don’t know any other piece of land in Dubai which is served by two interchanges and two underground metro stations,” Kazim said during an interview at Cityscape Global event in Dubai last week.

Thomson Reuters Projects reported in September last year that two major rail projects will pass through JGE: the under-construction Route 2020, which will extend the Dubai Metro Red Line to the World Expo 2020 site and the proposed line connecting the emirate’s two airports.

Kazim did not commit to a launch date for the TOD project but said “the official launch will be at the right time”.

“We are still working on it, and we will be ready when the market is ready as well,” he said, adding that the TOD concept could help to address Dubai’s traffic issues.

JGE is focussing on completing pending projects within Phase A of the master plan, he said, pointing out Dubai’s Real Estate Regulatory Authority (RERA) has emphasised that developers should focus on the completion of existing projects and their handover to customers.

“We would be handing over Al Andalus Buildings A and B before the end of this year. We have Buildings C, D, E, F, G and H that are already in advanced stage of development,” he said.

Kazim said developers this year are focussing on clearing their ready inventory, rather than trying to sell new off-plan launches.

He explained: “Even when they say off-plan properties, you would see that a lot of the projects are 20 or 30 and even 50 percent complete. This is because the customer would have more confidence about the investment looking at the actual situation on the ground, and this is exactly what we are having today at Al Andalus.”

JGE is also rolling out new facilities to serve its residents, including a soon-to-be launched second community centre for residents of Al Andalus development.

“There are elements that we need to complement the whole community. We have a school and healthcare facilities coming along,” he said.

The JGE chief also noted that talks are ongoing with investors to develop the hospitality component of the master plan.

“We have indicated two pieces of land for hotel development, one of them being five-star and the other four-star. We are engaged with investors in terms of developing these two hotels and that’s coming along as well,” he said.

Last week, JGE announced that it has signed a long-term management deal with Dubai Golf to manage its clubhouse, with leisure facilities and dining outlets, along with the two championship golf courses, Fire and Earth.

“There will be more announcements going forward… if there’s interest from investors, in any development, we normally capture that,” Kazim said.

He brushed aside concerns about Dubai’s real estate market slowing down after Expo 2020, pointing out “we will be definitely talking about 3.4 million population of Dubai in 2020 and beyond”.

“If you look into the various projects around JGE towards Expo 2020, the most recent announcement was Majid Al Futtaim’s Tilal Al Ghaf development, and there are other projects coming along in the corridor leading to Expo 2020. The graph, as we go along from 2021-2022 onwards, definitely that shows the whole market would be coming back,” he said.