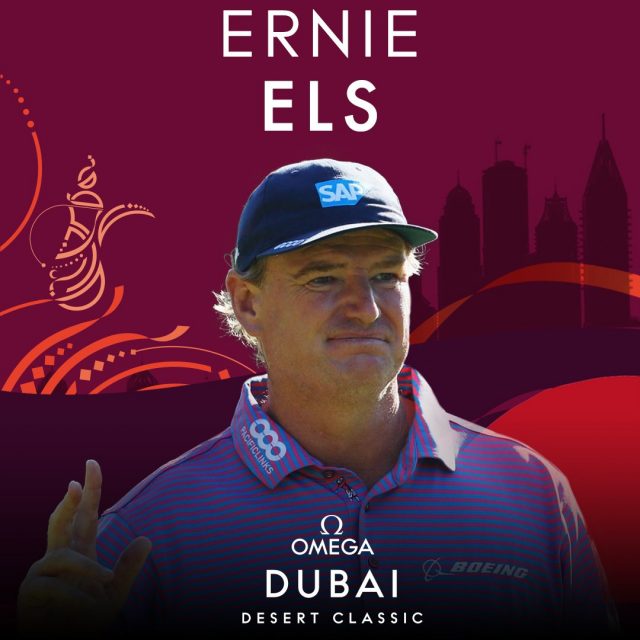 Cape Town – Three-time Dubai Desert Classic champion Ernie Els, known as “The Big Easy”, will return to Emirates Golf Club to tee it up for the 30th edition of the tournament from January 24-27, 2019.

Els will be joined by fellow South African Major winner Louis Oosthuizen, who won the South African Open on the European Tour earlier this month.

According to the tournament’s website, the South African forged his reputation as a legend of the Middle East’s longest-running European Tour event in 1994. He fired a course record of 61 in the first round, which still stands 25 years on. Those 12 birdies and 21 putts helped secure Els his first European Tour victory aged 24.

Eight years later in 2002, Els secured his second win in Dubai with a four-shot victory on the Majlis course. He then went on to make it a hat-trick in 2005 when he rolled in a 20 foot eagle putt to edge out Stephen Dodd and Miguel Ángel Jiménez.

Els is the only player to have won the Dubai Desert Classic three times and he has also been runner up twice.

In his first 11 appearances, Els did not finish lower than 11th including three wins, three runners-up and three third place finishes.

Another South African champion joining Els in Dubai is his 21-year-old nephew, Jovan Rebula, who will make his debut in Dubai as an amateur.

The rising star secured his invite after winning the British Amateur Championship earlier this year, moving to No. 59 in the World Golf Amateur rankings and winning the “Freddie Tait Cup” awarded to the leading amateur at the South African Open.

“We are really excited to welcome back such an iconic golf legend for his 17th appearance in our  tournament. Ernie is always a crowd favourite and he obviously has a special history on the Majlis course. To have both the Big Easy and the Little Easy playing together alongside Louis will give a really special South African storyline to the tournament. He may be turning 50 next year, but a fourth victory will be within his grasp,” said tournament director, David Spencer.