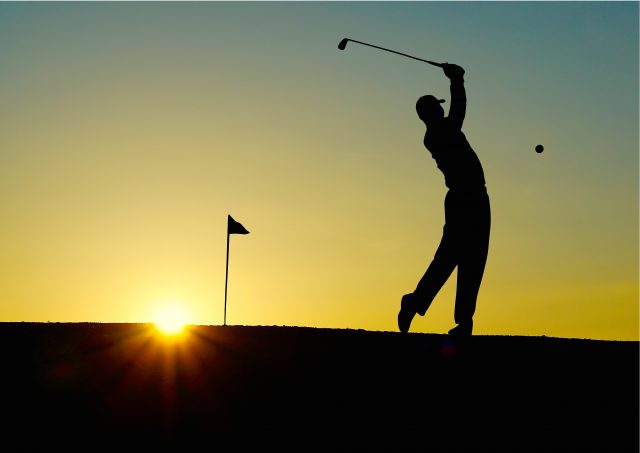 Four-time European Tour winner Matteo Manassero has been named as one of 11 sponsors’ invitations added to the world-class field at the forthcoming Saudi International powered by SIBA.

Eight of the invited players are aged 25 and under, as the Saudi Golf Federation aims to provide the next generation of international talent with an opportunity to make a breakthrough on golf’s greatest stage.

Manassero is joined by five other professional invitees as well as two nationals and three amateurs hailing from as many as seven countries including England, Australia, India, Jordan, South Africa and the Kingdom of Saudi Arabia.

Speaking about the invite, Manassero said, “I’m delighted to receive an invite to this ground-breaking event, it is always exciting to visit a new country and experience a new challenge, especially when it means playing against four of the world’s top five. This will be my first European Tour event of year and I am grateful to the Saudi Golf Federation for the opportunity.”

Among the professional invitees is 20-year-old Australian Min Woo Lee, who has recently joined the paid ranks following a glittering amateur career. He has been tipped as a star of the future since winning the 2016 U.S. Junior Amateur, following in the footsteps of his sister, Minjee Lee, an LPGA player currently ranked number six in the world.

Lee is developing a reputation as a long-hitter and will be relishing the chance to tee it up against renowned power players Dustin Johnson, Brooks Koepka and Sergio Garcia in Saudi Arabia.

Commenting on his upcoming second professional appearance, Min Woo Lee, said, “I can’t wait to get out to Royal Greens Golf & Country Club to start my preparation for next week. I felt like I left a lot of shots out there in Abu Dhabi in my professional debut but have learned from the experience and I’m raring to tee it up again. There’s so many world-class players in the field and I’m extremely lucky to be competing in the same arena as them so early in my career.”

English trio Alfie Plant, who won the Silver Medal for highest-placed amateur at the 2017 Open Championship, Todd Clements and Walker Cup player Matthew Jordan have all accepted invitations to the lucrative tournament, as has South Africa’s Shaun Norris.

The national invites have gone to Saudi professional Othman Al Mulla and UAE amateur Rayhan Thomas. Almulla was the first Saudi Arabian and youngest Arab amateur to qualify and play in the Dubai Desert Classic in 2007.

The 32-year-old has represented his country three times in the Eisenhower Trophy, and made history in October last year when he posted the first sub-par round by a Saudi Arabian in the Asia-Pacific Amateur Championship in Singapore, a one-under-par 69.

Thomas has also tasted recent success, claiming the 11th King Hamad Trophy in Bahrain in November. At just 19, he is a golfing prodigy who hit the headlines in 2017 for his world record-equalling nine successive birdies in the first round of the Dubai Creek Open on the MENA Tour, an event he won the year before.

Completing the invitations are Abdul Rahman Al Mansour, Saud Al Sharee and 15-year-old YouTube sensation Shergo Kurdi, whose impressive swing from a young age has earned him rave reviews among the top pros, whom he has met at tournaments around the world.

About the Saudi Golf Federation

The Saudi Golf Federation is the governing body for golf in the Kingdom of Saudi Arabia, responsible for handicapping, development of golf as a sport and for delivering national tournaments. Based in Riyadh, the Federation is a full member of the Council of National Golf Unions and is committed to fully developing the game for all its citizens and residents.

King Abdullah Economic City (KAEC) is the largest privately-funded new city in the world. Situated on the west coast of the Kingdom of Saudi Arabia, KAEC covers an area of 181 square kilometers of land, approximately the size of Washington DC. KAEC comprises King Abdullah Port, the Coastal Communities residential districts, the Haramain Railway district and the Industrial Valley. The city is under development by Emaar, The Economic City, a publicly listed Saudi joint-stock company established in 2006.

About The Royal Greens Golf and Country Club

About The European Tour

The European Tour celebrates men’s professional golf on a global stage, combining innovation, diversity and world-class golf. In 2019, the European Tour International Schedule will feature a minimum of 48 tournaments in 31 countries, including eight Rolex Series events, all part of the Race to Dubai.

Celebrating the global connectivity of the European Tour and Dubai, the Race to Dubai is a season-long competition to crown the European Tour’s Number One player, an honour which in 2018 went to Italy’s Francesco Molinari for the first time, and which, since 2009, has also been achieved three times by Rory McIlroy, twice by Henrik Stenson, and once each by Lee Westwood, Martin Kaymer, Luke Donald and Tommy Fleetwood.

Since its formation in 1972, the European Tour has witnessed 28 Members celebrate a total of 54 Major Championship titles between them, enjoyed 11 Members attaining the pinnacle of World Number One and has celebrated its diversity as players from 36 different countries have won on the Tour.

The European Tour also manages the developmental Challenge Tour and the Staysure Tour (formerly known as the Senior Tour) which is the men’s professional golf tour for members aged 50 and older.

The European Tour is also the Managing Partner of Ryder Cup Europe, the body which, alongside the PGA of America, administers golf’s greatest team contest, The Ryder Cup. In 2018, the 42nd staging of the biennial contest between Europe and the United States of America took place at Le Golf National, France, from September 28-30. Europe were the victors with a score of 17.5-10.5.

The European Tour broadcasts live coverage of its tournaments to more than 490 million homes in more than 150 countries every week, generating in excess of 2,200 global broadcast hours for each event. It also enjoys the support of many of the world’s leading business brands with Rolex, BMW, Callaway, Dubai Duty Free, Emirates, and Hilton as Official Partners.