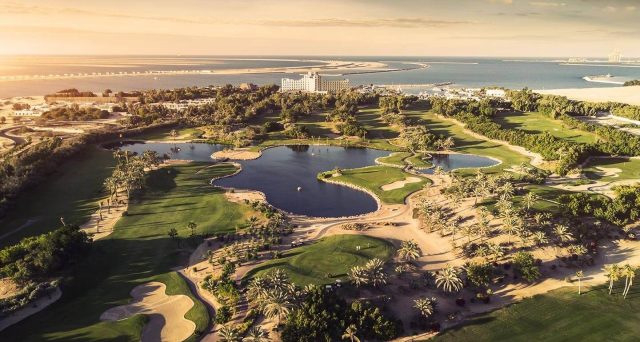 JA Resorts & Hotels has announced four golf ambassadors for 2019 to demonstrate the company’s ongoing commitment to golf in the UAE.

The hotel chain has is a sponsor of the Omega Dubai Desert Classic and has a long-standing association with golf.

The announcement comes after the Omega Dubai Moonlight Classic on 1-3 May, where Amy Boulden and Olivia Cowan were both ambassadors for the brand.

Amy Boulden began playing golf at the age of five and turned pro in 2014.

The 25-year-old Welsh international was crowned the Rookie of the Year at the Ladies European Tour in 2014 and achieved top five finishes at the French Open in 2016 and the Thailand Open the following year, and finished in joint 38th place at the Omega Dubai Moonlight Classic.

Olivia Cowan is a 23-year-old German golfer who came fourth in the individual tournament at the 2014 Youth Olympics and competed in the Omega Dubai Ladies Masters in 2016.

The 34-year-old Spaniard has won three titles on the European Tour, including the 2012 Omega Dubai Desert Classic.

Ashun Wu is the final golf ambassador for JA Resorts & Hotels, having also won three titles on the European Tour.

He is 33 years old and from China, and also has two titles on the Japan Golf Tour to his name.