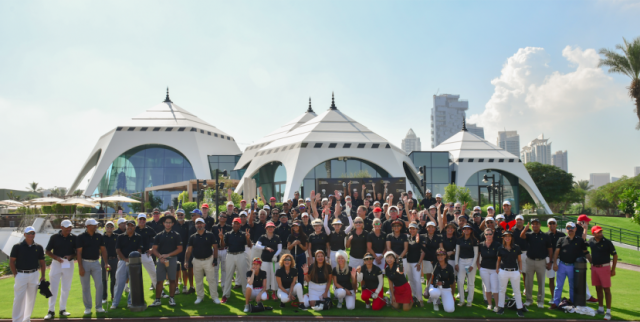 As part of its Planet or Plastic campaign, National Geographic teamed up with Emirates Golf Club Dubai to support the Club in reducing its usage of single-use plastic. 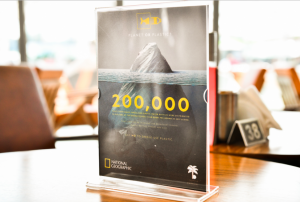 In recognition of National Geographic’s leading role in championing single-use plastic reduction with its Planet or Plastic campaign, Emirates Golf Club Dubai has joined forces with National Geographic to raise awareness among the community and mobilizing action.

As a result of the campaign, Emirates Golf Club announced that is committed to reducing its use of plastic bottles, straws and bag, across the Club and the Dubai Golf group, starting in 2019.

Emirates Golf Club Dubai becomes the first golf club in the UAE and the region as well as one of the first globally to take action to address the devastating impact of single-use plastic waste. 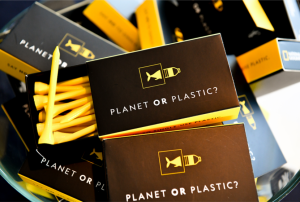 To bring this campaign to the community, a special National Geographic Planet or Plastic Golf Tournament was held at the Emirates Golf Club on December 15, 2018, where all players received a refillable water flask instead of the plastic bottles usually provided. Creatively placed National Geographic messages of actions and experiential zones set up throughout the course encouraged players to take the first step to make a difference.  Tournament participants, visitors and staff across various nationalities and professions pledged their support on a large Planet or Plastic with a commitment to reduce their personal use of single-use plastic. 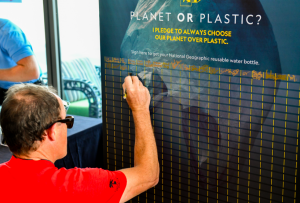 Sanjay Raina SVP and General Manager, FOX Networks Group, said: “At National Geographic, we are proud to champion the Planet or Plastic mission. Our campaign message starts with awareness as most people don’t realize the negative impact of habits such as drinking and discarding plastic water bottles. Our message is also that every action counts, however big or small, to reduce single-use plastic. What will ultimately make an impact is how many people pledge these actions. Emirates Golf Club is the first club in the UAE to have approached us to embrace this challenge and we look forward to more like-minded individuals and organizations joining our mission. This is how we will make a difference to protect our oceans and ultimately our planet.” 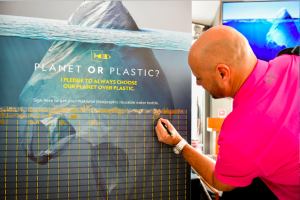 The Planet or Plastic initiative leverages the power of National Geographic’s brand and portfolio around the world and the expertise of National Geographic’s explorers and scientists who are witnessing firsthand the devastating impacts of this crisis. This organization-wide effort includes a major research and scientific initiative; a consumer education and engagement campaign; and innovative partnerships with like-minded corporations and non-governmental organizations (NGOs) from all over the world.

Emirates Golf Club is focusing primarily on reducing its use of plastic water bottles, which stood at 200,000 plastic bottles distributed at the Club in 2017 alone. Plastic bottles are one of the key single-use plastic pollutants globally, with staggering statistics indicating that 40% of plastic is used just once, then tossed, and the lifespan of a single-use plastic water bottle is 15 minutes, whereas the average decomposition rate of the same bottle is over 450 years.