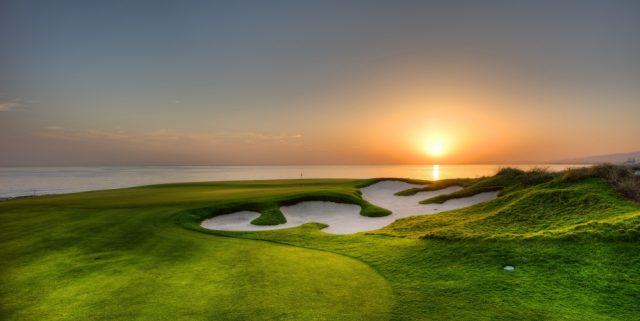 Al Mouj Golf has cemented its place as one of the finest courses in the Middle East after placing second in National Club Golfer’s Top 25 Golf Courses in the Middle East rankings, one of the UK’s leading publications.
This placed Al Mouj Golf in Muscat ahead of even more established golf courses in the region, including The Majlis at Emirates Golf Club, Abu Dhabi Golf Club, Jumeirah Earth, and Dubai Creek Golf and Yacht Club, further showcasing Oman’s potential to continue growing as a golfing destination, a press communique said.

Host venue to the European Tour’s Oman Open, the venue received significant acclaim at this year’s tournament from players and golf fans alike for its spectacular design, which sweeps along the Sea of Oman and affords breathtaking views of Muscat and the Al Hajar Mountains.

The rankings, regarded among the most respected in the golf industry, reaffirms the glowing testimonies articulated by the European Tour players during February’s tournament, as well as regular TripAdvisor reviews from visitors to the course.

A championship course of the highest standard, Al Mouj Golf has also received significant praise for its host of sustainable and community-friendly practices, which have been instrumental in bringing a plethora of wildlife and bird species to the area. The Muscat venue has also raised over $100,000 for Autism-related charities and set up a range of community golf programmes designed to increase the reach of golf in Oman.

“These rankings support that Al Mouj Golf is one of the best golf courses in the Middle East, if not in the world,” commented Al Mouj Muscat CEO, Nasser bin Masoud al Sheibani. “We are delighted and honoured to have been placed second in these respected rankings and will continue to work to develop awareness for our fantastic offering, both on-and-off the course.”

The announcement comes as Oman continues to acquire a reputation as one of the world’s most exciting new golf destinations. In addition to the sultanate’s leading golf course, visitors can experience Al Mouj Muscat, a world-class Integrated Tourism Complex comprising luxury residential properties, hotels, retail and dining facilities at The Walk, and the world-class Al Mouj Marina. “Al Mouj Golf offers the rare combination of a world-class course in a world-class setting,” commented Chris Bertram, travel editor at National Club Golfer. “Often courses in the most outstanding sites are compromised by the very terrain that makes their locations so special, but not here.”