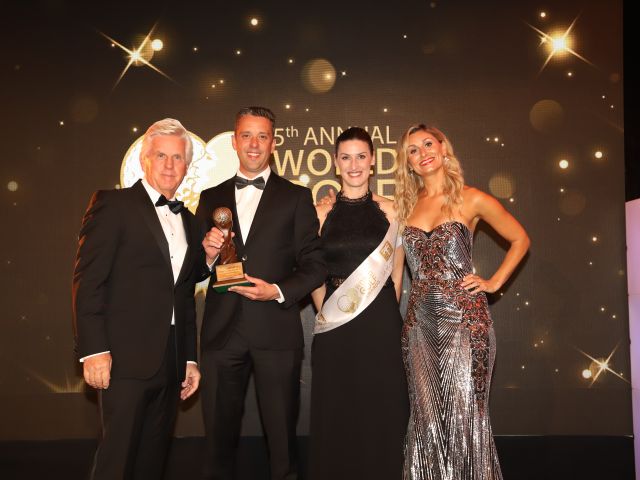 Portugal has won the category of the “World’s Best Golf Destination,” for the fifth consecutive year, beating off the challenges from Abu Dhabi, South Africa, Argentina, the United States, New Zealand, the Dominican Republic and Vietnam.

In a statement sent to the media, Algarve Tourism President João Fernandes explained the reasons behind the country and the region’s success as a golfing destination.

“The number of rounds played on Algarve golf courses were determining factors in the awards, representing more than two-thirds of the 1.3 million rounds played across the country.”

According to latest figures, the UK accounts for half of all rounds played, followed by domestic players, who make up 14 percent of the total.

Turismo de Portugal meanwhile said in a statement following the awards: “The tourism sector, through concerted actions between public and private entities, has been focusing on this segment, seeking to develop an integrated tourism experience, with good air and ground accessibility, along with excellent sports and hotel facilities”.

Portugal tourism agency added that “aspects such as climate, culture, cuisine and wine, beaches, history, variety of landscapes, and above all, the hospitality of the Portuguese people are certainly distinguishing factors that make Portugal a destination of excellence for sport and its recognition has been verified through the various prizes won over the last years.”
The president of Turismo de Portugal, Luís Araújo noted that “the demand for golf, which is mainly international, contributes significantly to the existence of tourist activity throughout the year – one of the main aims of Strategy 2027.”

In other awards, golfing legend, Gary Player, was meanwhile voted “Golf Course Designer of the Year” at the 5th annual World Golf Awards.

In the newcomer category, the breathtaking parkland surroundings of Ireland’s The Golf Course at Adare Manor led to it collecting “World’s Best New Golf Course”.

The 2018 World Golf Awards proved a truly global gathering of the golf tourism industry, with pioneers, influencers and leading figureheads from 43 nations in attendance. The prize-giving ceremony marked the climax of a three-day itinerary that included golf on La Manga Club’s West Course and South Course.

Chris Frost, Managing Director, World Golf Awards, said: “La Manga Club has proven a world-class host on what has been a magnificent evening of triumph for the golf tourism industry. We have had the privilege of recognising the leading golf courses, hotels, resorts and tour operators from across the world and my congratulations to each of them.”

Launched in 2014, World Golf Awards aims to drive up standards within the golf tourism industry by rewarding the organisations that are leaders in their field.

Votes are cast by professionals working within the golf industry and by the public (golf tourism consumers). Votes are submitted online at the World Golf Awards website.