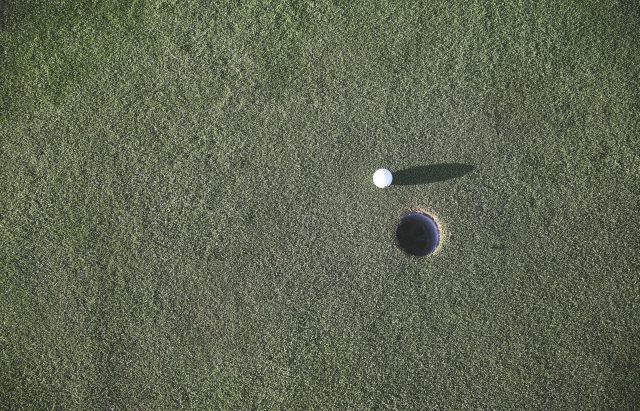 Indian golfers Shubhankar Sharma and Gaganjeet Bhullar carded two-under 70 and three-under 69 respectively to lie tied 38th after the third round of the Omega Dubai Desert Classic on Saturday.

Shubhankar gained eight places, while Bhullar moved 18 places up to Tied-38th at six-under each.

Bryson DeChambeau, called the “Mad Scientist” in golf, has all his irons and wedges cut to the same length of 37.5 inches to suit his own theories on the game.

On Saturday, he converted a round that seemed to be going the wrong way following back-to-back bogeys on seventh and eighth at which point he was one-over for the day.

He holed five birdies in the last 10 holes for a card of four-under 68 and took sole lead at 16-under and in sight of his maiden overseas win.

Defending champion Li Haotong attempting to become only the second back-to-back winner in Desert Classic after Scotsman Stephen Gallacher did in 2014, shot a third 67 to get to 15-under after a birdie-birdie finish.

They were followed by the 49-year-old veteran Ernie Els, who did not get frustrated despite missing numerous birdie putts and finishing two-under 70 with two birdies and no bogeys.

Though the two Indians shot their third straight sub-par round of the week, both felt they left a lot out there.

For Sharma, his driving not was not on the spot on Friday and on Saturday, he made a couple of avoidable mistakes and twice went into the water, once from the middle of the way.In the case of Bhullar, he kept feeling he was playing fine but not scoring. Lip outs and the ball stopping on the edge have been his story.

Sharma birdied the third but it was neutralized by a bogey on sixth and it was third successive day that he dropped a shot on the hole.

Then, back-to-back birdies on seventh and eighth were undone by the double bogey on ninth, where the ball slid back into the water.

The trend continued on the back nine as he birdied 10th and bogeyed 11th and then birdied 12th only to bogey 13th. Fortunately he birdied the 15th and the 18th for a 70.

Sharma also rued giving away the bogey on 13th, where also the ball rolled back from the green into the water.

“It was frustrating day. Going into the water and giving away the hard-earned birdies was really painful,” admitted Sharma.

For the second straight day, Bhullar bogeyed the first but got it back on second. He warily treaded past the rest of the front nine before earning birdies on 10th and 12th, but dropped a shot on 13th only to get back a birdie on 15th.

He should have had a birdie on the drive-able Par-4 17th, but did not though he closed with a birdie on 18th.

“I should be scoring better on the Par-5s and lately I have done on Par-3s, too. So the two together should fetch me decent totals, but they have not,” said Bhullar.

“Hopefully another day tomorrow and then next week in Saudi, I need to get in something good.”