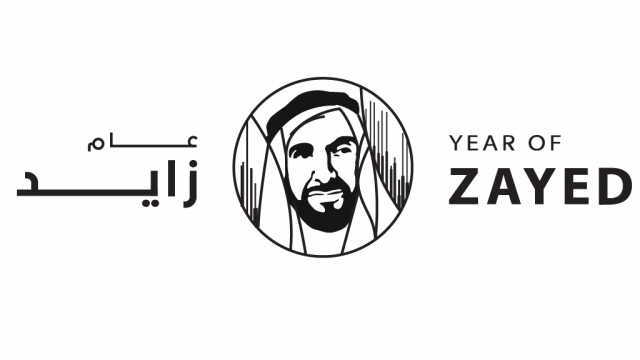 Sheikh Mohammed bin Zayed, Crown Prince of Abu Dhabi and Deputy Commander of the Armed Forces, has described 2018 as “momentous”, and a “unique opportunity to share our pride in the timeless legacy of Sheikh Zayed,” as the country prepares to mark a year of commemoration and celebration for the life of his father.

He was speaking after the launch of the official logo, depicting a black and white drawing of Sheikh Zayed, the founding father of the UAE and the country’s first President, and accompanied by the slogan “Year of Zayed”.

Calling Sheikh Zayed “a true people’s leader, as a visionary thinker and as a global figure,” Sheikh Mohammed said: “From his selfless dedication to the welfare of his people and unshakeable commitment to building the UAE of the future, to his far-reaching influence in the global community, Sheikh Zayed’s life and legacy are a never-ending celebration of the principles, values and beliefs that are foundational to our country’s identity.”

Use of the logo will be managed by a Founder’s Office, established by official decree, and under the Ministry of Presidential Affairs, which is inviting residents, businesses and other organisations across all seven Emirates to organise events and activities to honour Sheikh Zayed, beginning on January 1.

Sheikh Mansour bin Zayed, Deputy Prime Minister and Minister of Presidential Affairs, said, “2018 is set to be a glorious year for the people of the UAE as we honour the late Sheikh Zayed’s extraordinary life and his core beliefs, interests, causes and qualities that have served as the cornerstone of our nation’s growth and development.

His foresight and vision for the country’s progress and prosperity continue to provide us with a road map for the future, and the ‘Year of Zayed’ gives us a remarkable opportunity to celebrate his values through nationwide events and activities,”.

Posting the logo on his Twitter account, Sheikh Mohammed also called the nation-wide initiative, “an opportunity for the UAE community to come together and commemorate the UAE’s Founding Father through the many roles he played during his life as a true people’s leader, as a visionary thinker and as a global figure.”

“The slogan for the Year of Zayed is an invitation to all to carry Zayed’s legacy, to spread word of it and work with it. The slogan expresses a man who planted in us a love of country and sacrifice for it, for he is the maker of our glories and builder of our renaissance,” he tweeted.

Next year marks the 100th anniversary of the birth of Sheikh Zayed, in Abu Dhabi, and will be celebrated with a full programme of events.

Today we continue in the footsteps of Sheikh Zayed. With the blessings & guidance of Sheikh Khalifa, the Year of Zayed 2018 is in gratitude for & recognition of his wisdom, generosity & benevolence. It is our responsibility to embody & share Zayed’s legacy with future generations pic.twitter.com/NVpOKc1NK6

To be held under four main themes of Wisdom, Respect, Sustainability and Human Development, the initiative plans to engage with all demographics in the UAE, regionally and internationally to educate and people about the life and achievements of Sheikh Zayed; reinforce his status as an eternal source of national pride and a powerful symbol of the UAE around the world; and celebrate and honour his legacy through projects and initiatives that are consistent with his vision and values.

Anyone wanting to use the Year of Zayed must first obtain the approval of the Higher National Committee. Complete details on how to submit an application and the approval process can be found at zayed.ae.