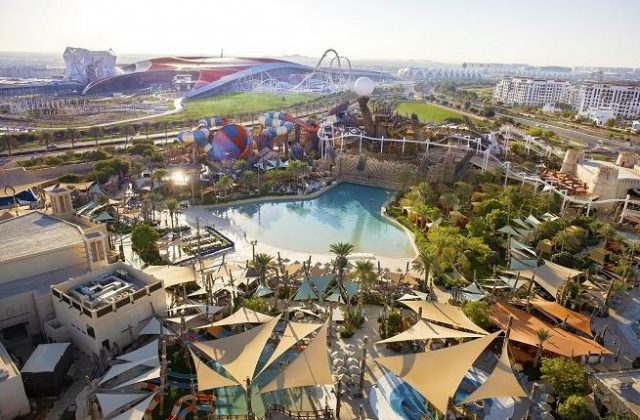 Rounding off a year of remarkable accomplishments,Yas Island Abu Dhabi, the UAE’s premier leisure and entertainment destination, has once again cemented its place as a world-class destination, sweeping up 34 local, regional and international awards and accolades brought home by its highly popular attractions, as well as its infrastructure projects and developments.

HE Mohammed Khalifa Al Mubarak, Chairman of Miral, said: “As we continue to transform Yas Island into one of the top global destinations, we are both proud and humbled to be recognised for excellence around the world. The long list of local and international accolades and recognitions awarded to our attractions during 2018, including our recently opened Warner Bros. World™ Abu Dhabi, are a testament to Yas Island’s successful journey this year and our continuous efforts to evolve, bring new experiences and attractions and welcome more visitors to the island.”

“Today, we reflect and look forward to the future, where we see more accomplishments that will help us move closer to achieving our vision of welcoming 48 million visits by 2022 and becoming a world-class destination for leisure, entertainment and business,” added HE Al Mubarak

Yas Island continues to reaffirm its place as a destination of choice for leisure and entertainment seekers, and the awards won in 2018 are a testament to many aspects of the destination experience that strongly resonated with visitors from the UAE and around the world.

Home to the world’s best theme parks, top-notch motorsports and golf venues, versatile hospitality offering, as well as its impressive portfolio of projects in the pipeline, Yas Island was recognized with the prestigious “World’s Leading Tourism Development Project 2018” at the World Travel Awards.

Yas Waterworld, Yas Island’s popular Emirati-themed waterpark was named the “Middle East’s Leading Water Park 2018” and later the “World’s Leading Waterpark 2018”. The waterpark, which has proven to be a visitor favourite time and time again, also earned a place in TripAdvisor’s “Hall of Fame” this year following its fifth consecutive Certificate of Excellence. What is more, Yas Waterworld was named “Best Water Park” by the Middle East & North Africa Leisure and Attraction Council (MENALAC), and was voted as “Favourite Day Out” and “Favourite Ladies Night” at the What’s On Abu Dhabi Awards.

Home to the world’s fastest rollercoaster, Ferrari World Abu Dhabi was voted the “Middle East’s Leading Theme Park 2018” for the second year running at the World Travel Awards. The park was also named “Best Theme Park” by the Middle East & North Africa Leisure and Attraction Council (MENALAC), and earned yet another TripAdvisor’s Certificate of Excellence.

The newly opened Warner Bros. World Abu Dhabi was listed amongst the “100 World’s Greatest Places” in 2018 by Time Magazine within less than six months of operation. Additionally, the park was voted the capital’s “Favourite Day Out” at the Pride of Abu Dhabi Awards.

With its stunning LED canopy, the truly iconic Yas Hotel Abu Dhabi was voted as the “Middle East’s Leading Marina Resort 2018” at the World Travel Awards, while several dining and hospitality experiences at Radisson Blu Yas Island and Park Inn by Radisson on Yas Island were voted as favourites at What’s On Abu Dhabi awards.

Yas Marina Circuit, lauded as one of the most technologically advanced circuits in the world and home to the Formula 1® Etihad Airways Abu Dhabi Grand Prix was commended by The Sports Travel Awards 2018 with a gold award for the “Best Live Experience at a Professional Sports Event”, and “Best Amateur Sport Event of the Year” for its signature triathlon race TriYAS.

Offering incredible shopping, dining and family entertainment experiences for residents and tourists all under one roof, Yas Mall won a total of six awards from the Middle East Council of Shopping Centres for several initiatives, including the Mosaic Wishes event supporting the Make-A-Wish-Foundation.

Yas Island’s continuous commitment to excellence in developing and operating its various attractions was also praised by the professional community regionally and internationally.

Farah Experiences, the operator of Yas Island’s theme parks, was recognized at the GCC Government Human Resources Awards 2018 for highlighting best practices to reinvent the role of HR and prepare organizations to respond to high-priority business and human capital needs.