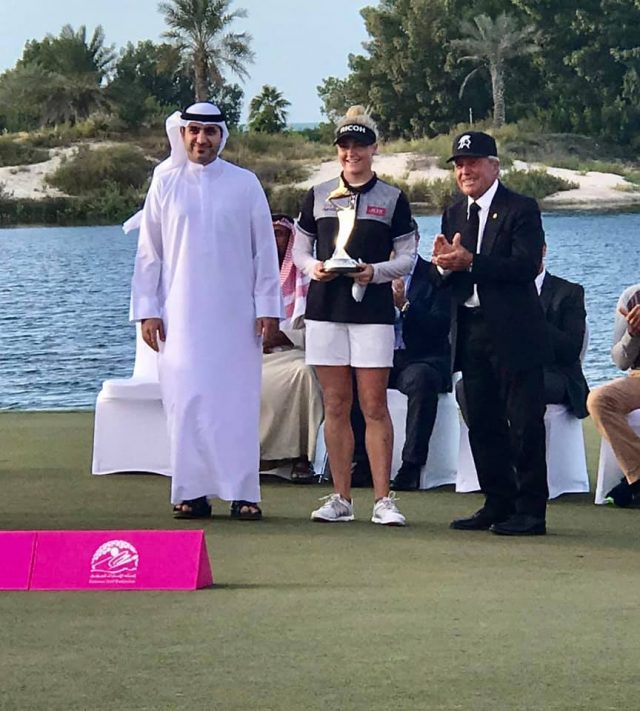 Charley Hull did exactly what she said she was going to do four days ago. She launched her 2019 season with some serious, focused, aggressive play. 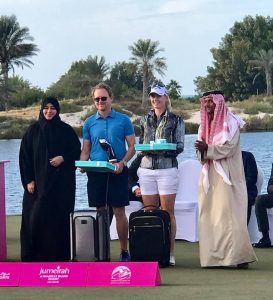 It paid off with a wire-to-wire win at the Ladies European Tour Fatima Bint Mubarak Ladies Open in Abu Dhabi.

Hull, who says she much prefers playing golf on parkland-style tracks rather than traditional links courses – Woburn is her home course – showed us all that she has what it takes to play very competitive golf in links conditions.

The wind howled across the Saadiyat Beach Golf Club throughout the Open.

Hull complained that her new irons were generating too much spin and vowed to return to an older set when she gets home. We will have to wait and see if she actually abandons a set of sticks that took her to the top of the board and kept her there.

She is not likely to abandon the flatstick that delivered a seemingly effortless winning putt.

The Fatima Bint Mubarak Open is Hull’s second LET victory, her third worldwide, coming 4+ years after her maiden pro win in 2014 at the Lalla Meyrem Cup and 2+ years after she hoisted the trophy at the LPGA’s 2016 CME Group Tour Championship.

In the end, Hull’s 8-under final score was just enough to give her the win over a field that demonstrated solid links form.