The four star World Cup Grand Prix in Abu Dhabi over 1m45-1m60 was won by Latvia’s Kristaps Neretnieks. Aboard his Moon Ray (by Cornet Obolensky) he was victorious in 43.81 seconds in this eight combinations strong jump-off. 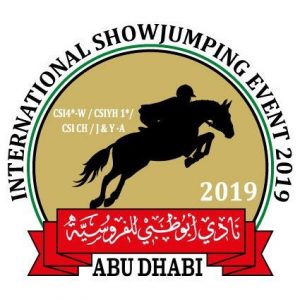 Following in a second place we found Egypt’s Abdel Saïd aboard Venise du Reverdy (by Quidam de Revel) with whom he completed in 46.19 seconds. Then in third place it was Abdullah Humaid Al Muhairi who completed in 46.34 seconds aboard his Cha Cha Cha 7. Completing the top five we found in fourth place Nadia Abdul Aziz Taryam aboard Cortado, followed by a fifth place for Mohd Osama El Borai and his Quintero.