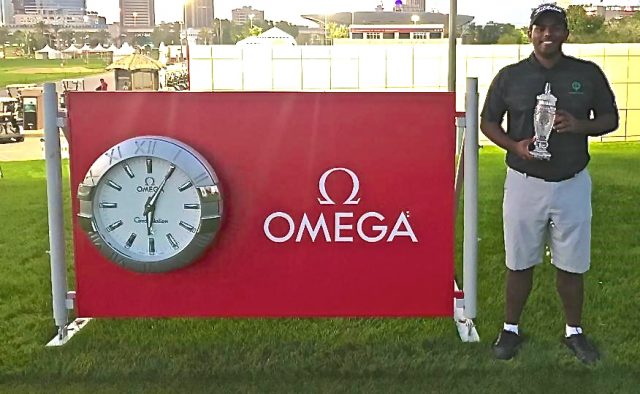 The 29th OMEGA Emirates Amateur Open was held on the Faldo and Majlis courses on the 10th and 11th of January, with a strong field of almost 100 players competing for the championship. Congratulations to the overall winner and defending Champion Rayhan Thomas (DGCYC), who carded fantastic scores of 71 and 68 totaling, 139 (-5). Taking the runner-up spot was Zubair Firdaus (GA) who shot great scores of 74 and 70 totaling 144 (E). Steven Kelbrick (TIGC) came in with a 71 and a 75 to give him a total of 144 strokes which also left him at Even par. In fourth place was Joshua Hill (TIGC) who carded scores of 72 and 73 totaling 145 (+1).

Congratulations to all players, and to all winners! Our thanks goes to OMEGA for their continued support and exceptional dedication to such successful events. We look forward to the upcoming OMEGA Dubai Desert Classic on the Majlis Course and wish our champion, Rayhan Thomas, the very best of luck in the tournament!