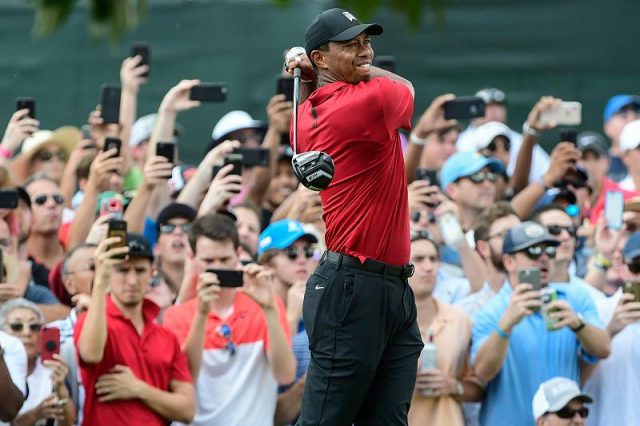 Woods won the nine-million US-Dollar (7.65 million Euro) doped Tour Championship after a total of 269 strokes, and thus, eleven strokes under the course standard. After years plagued by injury problems, the 42 had-Year-old his doubts whether he would ever find back to old strength.

“I can’t believe I did it.”, Woods said after his success. “Just standing in the competition and to play in this year again a crazy comeback”.

After two back surgeries within six weeks of the 14 could be free-time Major winner, no pain, walking or standing. A return to the Tour seemed a distant prospect.

Woods went with a Three-shot lead into the final round on the Par-70 course at East Lake Golf Club in Atlanta. A final final round of 71 was enough at the end of the tournament win.

“It’s a Drudge was out there,” Woods said after his 80. Tournament success on the PGA Tour. “I loved every moment of it”.

The second place at the fourth and last tournament of this year’s FedEx Cup Playoffs, went to Billy Horschel (271 hits), followed by Dustin Johnson (273 hits).

The Englishman Justin Rose, who finished the tournament with 274 strokes on the shared fourth place, secured the prize money of 10 million US dollars (8.5 million euros) for the Triumph in the FedEx Cup standings.