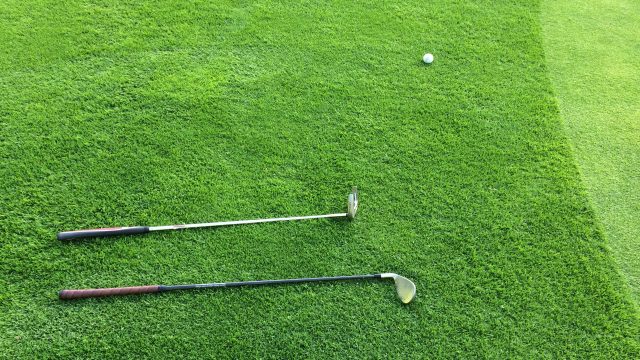 Four of the world’s best golfers went “back to school” on Tuesday as the new 2019 Rules came into play for the first European Tour event of the year in Abu Dhabi.

Seven years in the making, the new rules – 24 in total – are designed to make the sport faster, fairer and simpler.

Key rule changes include players allowed to putt with the flagstick in, lost ball search time reduced from five minutes to three minutes, drops to be taken from knee height rather than shoulder height plus a recommendation that no stroke should take longer than 40 seconds.

As the first European Tour event of the season, all eyes will be on the Abu Dhabi HSBC Championship as the new rules come into play for the first time.

Long established as the jewel in the crown of Middle Eastern golf, the tournament, taking place from January 16-19, recently became part of the prestigious Rolex Series and, with a prize fund now at $7 million, is one of the premium tournaments on The European Tour.

Defending double champion Fleetwood, who won the tournament in 2017 and 2018, said: “It’s a really memorable tournament for me. It’s always a really special time of year as everything is up for grabs and, as ever, the strength of field here in Abu Dhabi is something else. With the new rule changes, it will be a fascinating start to 2019.”

Koepka added: “The new rule changes for 2019 should also encourage more people to get involved in this wonderful sport of ours.”

Johnson, one of only three players ever to win a Tour title in each of his first eleven seasons, agrees, saying: “The 2019 Rules can really help to simplify the game an make it more enjoyable for players at every level. It should be an easy adjustment and as always, I’m looking forward to another great week here in Abu Dhabi.”

Stenson added: “Abu Dhabi is one of my favourite tournaments of the year. It’s cool to have played in every edition of this tournament and experienced first-hand its growth into one of the biggest events on the European Tour with the strongest field in the Middle East.”

First staged in 2006, the event is being hosted at the iconic Abu Dhabi Golf Club for the 14th consecutive year.