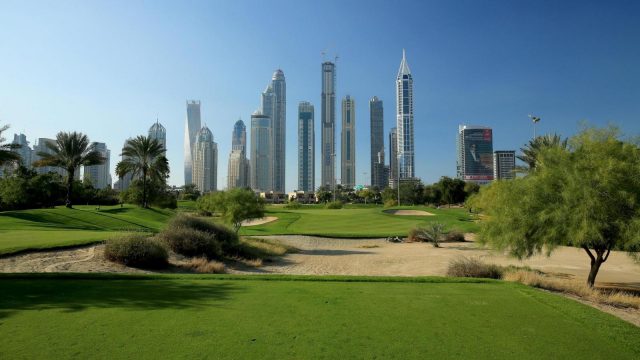 Thirty years have elapsed since Englishman Mark James became the first winner of the Omega Dubai Desert Classic, with emerging America star Bryson DeChambeau convincingly clinching the 2019 title at Emirates Golf Club. For three decades golf fans in the UAE have been entertained by the tournament; in a country that is just 48 years old, it is very much a legacy event.

Ahead of the Omega Dubai Desert Classic’s 30th birthday, there were some major changes. After 10 years of overseeing the Abu Dhabi HSBC Golf Championship with IMG, Greg Sproule moved north to Dubai, becoming CEO of Falcon & Associates. Tasked with breathing new life into the event, Sproule and his team set about making important tweaks to the famous tournament.

“We felt that the 30th anniversary of the Omega Dubai Desert Classic was an appropriate opportunity to uplift the event experience and its presentation to all of the stakeholders: the players, the public, the sponsors,” Sproule explains to Sport Industry Insider. “As the leadership of Dubai states, if you stand still you go backwards – so it was important for us to raise the bar.

“It’s been a real honour to be involved in it and work with the incredible team we have. To achieve the challenge of upgrading and improving the tournament has been tremendously fulfilling. There is no city in the world like Dubai that provides the platform to really excel and improve. It feels good to have delivered the event we did this year, but we are not going to sit still. Next year must be even better”

The new-look Omega Dubai Desert Classic was well received by the public, players and sponsors alike. Preliminary figures suggest that visitor numbers were up 20 percent, an impressive headline figure, so what exactly were the key improvements that contributed to that growth?

“We knew straight away that the corporate hospitality needed an upgrade, and we worked very closely with our friends at Arena to totally renovate this important experience. On the ninth and 18th green, the hospitality areas and the branding associated with the was overhauled; it was simpler, it was cleaner and it was bolder. We also created an opening in the structure to provide visibility from the 18th hole to see the iconic Emirates Golf Club clubhouse – which previously was blocked.

“Terraces and decks on the new structure overlooking the action were introduced.  We were confident this would be well received because these are desires within world-class hospitality worldwide – people want to be outside, they want big windows, they want openness. They want to feel special.

“We added a three-metre deck not just overlooking the ninth and 18th green but an even larger one overlooking the practice putting green on the back side to allow guests in that structure to see the players warming up and to also be there for the prize giving ceremony which took place on the practice putting green. That became a tremendous amphitheatre experience at the end and while we planned for that, we didn’t know it would be as intimate and popular as it was. It was rammed, and a very exciting atmosphere to crown Bryson as our 2019 champion.”

“The Pro-Am is an important kick off to the Omega Dubai Desert Classic week and this year we enhanced our guest parking experience to ease their access into the clubhouse to get ready for their round. We had much better on-course food and beverage specifically for the Pro-Am participants and we improved the gifting to the Pro-Am participants, as well as giving away replica trophies.”

The 2019 Omega Dubai Desert Classic is setting up for the world’s best golfers to tee up at Emirates Golf Club from 24 – 27 January. pic.twitter.com/4C3XYW50oF

“From both a branding perspective, and in terms of cleanliness, presentation and as an initial statement to visitors, this needed uplifting. On the guest side, we made sure that within that area we offered the best food and beverage that we could. We worked very closely with our partners at JA Resorts and Hotels for that. Also, we lowered the entry fee from 175 dirhams to 75 dirhams per person. That was really effective. We had a brand new merchandise facility and our merchandise sales were up significantly this year.

“All of these things really resonated with our guests and for all of the changes we made, we’d done our homework. We know the event space well and we know what is necessary so while we weren’t surprised by the positive response, we were certainly warmed by it.

“On the sponsorship side it was important for our partners to activate their sponsorship more effectively and we definitely saw that happen. BMW were a new sponsor and they did a great job with some interactive activations and social media initiatives. We knew we needed to make a bigger statement this year so that when we have new partner discussions moving forward, they will similarly embrace the importance of bringing their partnership alive before and during the event.

“Those discussions have already begun and though it is a challenging sponsorship market right now we feel that the cream rises to the top and quality will win out. We have the experience to deliver to new partners and we are looking forward to adding some new partners for the 2020 event, as long as they share our vision of activation and making the event better and better – that is fundamental for us.”

“We took advantage of opportunities behind the 15th green and built a platform there that allowed any spectator to see all the action on the adjacent 11th hole, on the 15th hole and to see the tee shots on the 16th hole beside the platform. We showcased that with our friends at Barasti to create a deck that was instantly very popular. We added a jumbo screen in the same area so that our guest dwell time would be longer there and they would enjoy themselves more.  The area also catered towards the demographic that we hadn’t previously appealed enough to which was the 20-30 year olds living in JLT, JBR and Dubai Marina.

“Our enhanced on-course F&B effort was also helped by a new platform at the 18th green for the public. There was no charge to get on and you could see tee shots from 17 and all of the action from the turning point onward on the 18th.

“We also improved the Majlis Garden, a central hub after the 5th, 11th and 14th holes. It was a great opportunity to create a really elegant family food and beverage area with comfortable and shaded seating, a jumbo screen and a variety of food and BBQ options for everybody to have access to.

“The final major introduction on course was to create a ‘1989 Time Capsule’ – located in the Royal Majlis area between the eighth green and the ninth tee. We celebrated all things 1989 versus 2019 through the lens of our partners and stakeholders. Our friends at BMW had a 1989 7 Series and a 2019 7 Series, while Omega, EGA, CNN and all of our other partners also celebrated their own 30-year story. That was really successful.”

“We worked very closely with our partners at One To Watch – they were great at helping us to build our digital and social media presence and, from a more traditional PR perspective, telling our 30th anniversary story a bit more visually. I think we managed to get this message out really effectively. We raised the bar quite significantly in this and other areas but make no mistake about it, there is lots more work to do to make sure the 2020 event is that much better again.” 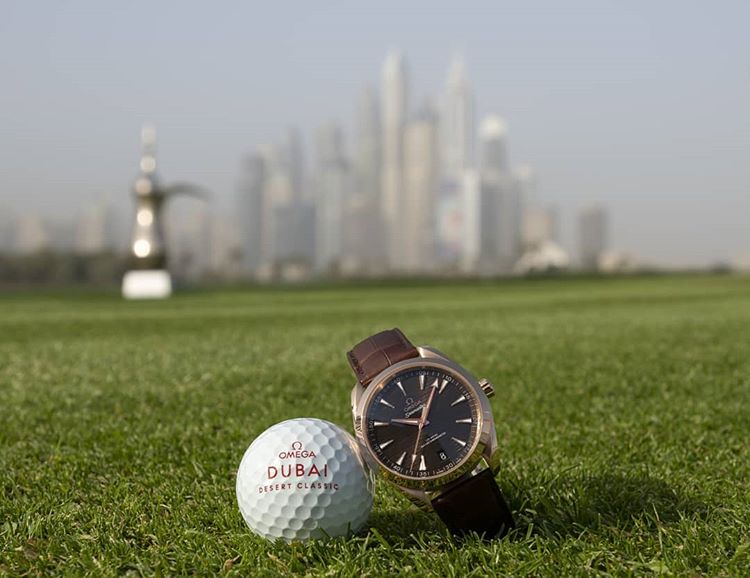