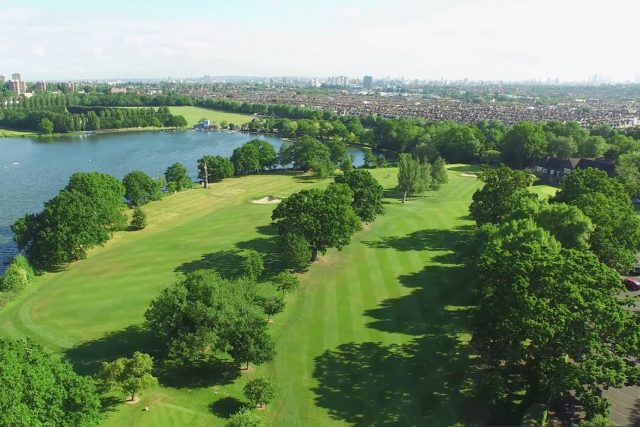 Members of an exclusive golf club in the affluent London suburb of Wimbledon have been offered £85,000 (Dh 410,000) each to sell off the property for an expansion of the world-famous tennis venue.

The All England Lawn Tennis Club (AELTC), which is home to the Wimbledon tennis tournament has long been trying to buy out its neighbour Wimbledon Park Golf Club, to allow for its ambitious expansion plans.

The golf club’s 750 members were invited to a hotel in central London on Wednesday where they were balloted on three changes to the constitution, which would pave the way for a members’ vote on whether to accept the latest offer, worth around £63.75m.

According to Stuart Fraser, the tennis correspondent of The Times, “the club members voted in favour of changing their articles of association. A [further] vote on the All England Club’s offer for their 73-acre site will now take place later this year.”

The cost of membership at Wimbledon Park Golf Club is around £1,400 a year, with a one-off joining fee of £3,000. The club counts amongst its ranks several celebrities including newspaper editor Piers Morgan and television presenters Ant and Dec.

The AELTC have made several bids to buy the club, for which it owns the freehold, but says the latest improved offer is the last it will make. Previous offers were not available to members who had joined in the last decade.

“If the scheme is not approved, we have no intention of making any further offer,” AELTC chairman Philip Brook said in a letter to the golf club’s 750 members.

Wimbledon Park’s lease expires in 2041 after which time it will revert to the freeholder but it is believed the AELTC are keen to start their expansion plans much sooner. The offer would allow golfers to continue playing until the end of 2021.

A circular sent to members read: “If the proposed changes to the existing articles are not approved, or if they are approved but the scheme is subsequently turned down by members, then the offer will not proceed and we will return to playing golf until the expiry of the lease in 2041.”

The golf club, which was founded in 1898, is staying neutral on whether members should accept the offer but has recommended changing the constitution, which would allow for such a vote to be taken on the bid in early December.

If the land is acquired, the AELTC is hoping to transform the golf course into tennis courts, which would host Wimbledon’s qualifying matches. Currently these matches are held in Roehampton, three kilometres away.

Wimbledon, which is already full to capacity, already rents part of the golf course for carparking space during the annual fortnight-long tournament at a cost of £1 million.

“We have a fantastic site but we would like to create a bigger site,” Mick Desmond, the AELTC’s commercial and media director, said on Wednesday.

“We believe we would become a much bigger, more prestigious event by getting that land but also giving something back to the community.”

Expanding would prevent the AELTC’s facilities from falling behind other grand slam hosts. Roland Garros, the site of the French Open, last week opened a new 5,000 seat court, which will be used in next year’s championship.